The pace of digital RMB pilot has been accelerated

On December 10, the Proposal of the Shanghai Municipal Committee of the Communist Party of China on Formulating the Fourteenth Five Year Plan for Shanghai's National Economic and Social Development and the Vision for the Year 2035 was officially released, which proposed to "actively strive for the pilot application of digital RMB".

In the opinion of insiders, Shanghai's pilot program for the use of digital RMB may not only focus on the micro retail scene, but also set foot in the field of trade settlement and payment.

Previously, the Digital Currency Research Institute of the People's Bank of China signed a strategic cooperation agreement with the Changning District People's Government of Shanghai. The two sides will establish a Shanghai financial technology company to gradually realize the landing of the trade finance blockchain platform and technology research and development center.

One day later, Suzhou held the launching ceremony of the pilot digital RMB distribution. The digital RMB red envelope issued this time can be consumed by designated offline merchants in Suzhou through the "Digital RMB APP", or online through JD Mall.

A bank IT department director familiar with the research and development progress of digital RMB said that, with the ever expanding application scenario of the central bank's statutory digital RMB, the relevant banks need to address three major challenges at present. First, continue to improve the stability of the digital RMB payment and settlement system and the efficiency of transaction processing and settlement, so as to meet the increasingly frequent and high volume of digital RMB transactions; The second is to effectively avoid the emergence of moral risks such as the double flower problem. That is, under the dual offline payment environment, some people take this digital RMB for second consumption while it has not been transferred; Third, based on the lack of interest income of digital RMB, how can relevant banks cooperate with merchants to launch more affordable digital RMB payment activities, so as to attract more people to use digital RMB and improve the popularity of the latter.

It is worth noting that the application area of the central bank's statutory figure RMB is no longer limited to China.

In his view, the current cross-border payment has many problems, such as long time, high cost and low transparency. The reason is that different operating time zones, different ways of implementing international standards, different technical standards of payment systems, etc., but this also gives greater space for the development of digital RMB to solve these industry pain points.

"Of course, if the digital RMB is to be popularized in the cross-border payment field, there are two prerequisites." Li Lianxuan, chief researcher of Ouke Cloud Chain Research Institute, pointed out that. First, China has signed currency swap agreements with other countries to open up the exchange and two-way circulation channels of overseas digital RMB. Second, it has built a multi-layer operation system and settlement model of the People's Bank of China - commercial banks - overseas central banks to ensure the efficient and stable operation of digital RMB exchange in overseas transaction settlement.

On the evening of the 11th, Suzhou held the launching ceremony of the pilot digital RMB distribution.

Specifically, the people who win the lottery and get the digital RMB red envelope can not only purchase from the designated offline merchants in Suzhou through the "Digital RMB APP", but also online through JD Mall.

When lottery winners use digital RMB to pay, they will give priority to using red envelopes. If the amount is insufficient, they can recharge their wallets before making payments, or they can make payments in combination with other payment methods.

The aforementioned head of the bank's IT department revealed that another important purpose of this dual offline payment test is to solve the dual spending problem of digital RMB in this scenario. Previously, in the internal testing stage, they found that due to the low efficiency of the digital RMB system in transaction settlement, the digital RMB in the user's wallet has not been "transferred" for a long time, so that they can use this digital RMB to shop again, forming moral hazard.

"We intend to introduce a recovery mechanism, that is, if the user has double spending, the bank will recover the relevant consumption funds from him, but the legal department of the bank thinks that this is quite cumbersome, requiring the bank to repeatedly communicate with the user and collect sufficient evidence, which will consume a lot of manpower and material resources." He pointed out. Therefore, they have done a lot of internal system tests to ensure that the settlement processing efficiency of digital RMB under the dual offline payment scenario is greatly improved, and the probability of double spending problem is reduced as much as possible.

In the opinion of many bankers who participated in the digital RMB pilot project, if the settlement processing efficiency of digital RMB in the field of dual offline payment is further improved, its application scenario is expected to be extended to small trade and trade finance scenarios, because many small and micro enterprises have higher requirements on the timeliness of upstream and downstream trade funds.

A person in charge of the East China Branch of a joint-stock bank pointed out to the reporter that in order to properly solve the settlement and reconciliation problem of digital RMB in the trade scenario, they have introduced a large number of blockchain technologies to ensure that the capital settlement of enterprises in the upstream and downstream trade chain is "based on accounts".

However, he found that if digital RMB is to be popularized in the field of trade settlement and supply chain finance, it still needs to break through two bottlenecks. First, the existing blockchain technology is still unable to meet the high concurrent demand of fund payment and settlement business in the trade field; Second, digital RMB cannot bring interest income, which leads some core enterprises in the supply chain to be reluctant to use digital RMB to pay for trade goods, because it will make enterprises sacrifice a considerable amount of capital interest return.

"At present, we are also trying to solve these bottlenecks." He pointed out. For example, the bank is drawing on some technical concepts in the blockchain field, including asymmetric encryption, workload proof, timestamp, etc., and combining its own UTXO mode, smart contract and other patents, to meet the high concurrency demand of digital RMB settlement business in the trade chain.

It is worth noting that with the accelerated pace of digital RMB R&D pilot projects, its internationalization process is moving quietly.

"Last year, we conducted research with the Central Bank of Thailand to solve various problems of cross-border payment by using the central bank's digital currency and blockchain platform." Yu Weiwen said that the current relevant joint research has entered the second stage, including discussing specific business application plans, as well as the operability and extensibility of the platform (that is, expanding to three or more central bank digital currencies).

In Li Lianxuan's view, the prospect of cross-border payment of digital RMB is actually quite broad - on the one hand, many countries need to introduce digital currency to effectively solve the problems of limited circulation of domestic paper currency, reducing the sharp fluctuation of exchange rate, improving the tracking ability of currency investment, and on the other hand, they hope to increase cross-border trade volume and create more income for local farmers and small and micro enterprises by popularizing cross-border payment of digital currency.

"However, the current internationalization of digital RMB is also facing considerable challenges." He pointed out. First, China needs to sign currency swap agreements with these countries to create operational space for digital RMB exchange and two-way circulation. Second, all parties need to build a multi-layer operation system and settlement model of the People's Bank of China - global commercial banks - overseas central banks to ensure that the overseas circulation and exchange of digital RMB are stable and efficient.

A person familiar with the research on digital RMB cross-border payment pointed out to the reporter that the cross-border payment of digital RMB may focus on the small retail scene of mainland tourists during their travel in Hong Kong. After all, the use of RMB in Hong Kong has been quite popular. Its exchange and two-way circulation channels are quite smooth and merchants are more willing to accept it, bringing more yuan payment options to the people in both places.

"If digital RMB is effectively popularized in the Hong Kong Mainland trade scene, and even becomes a new option for trade financing and settlement payment, relevant departments can choose the opportunity to promote the relevant mature operation system to other countries, and gradually promote the internationalization of digital RMB and cross-border use in a wider range." He pointed out. 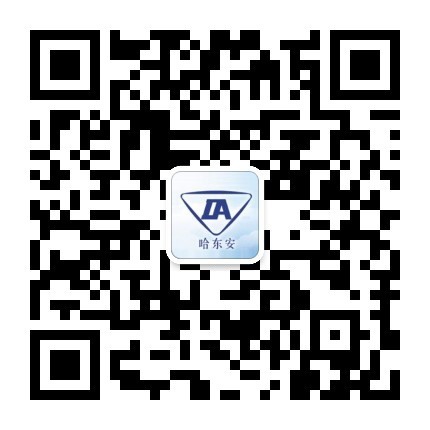